OK, so, 10 months between blog posts is lax even by my shoddy standards, but I do have some excuses! First, we've been busier than we've ever been, installing record numbers of artworks, shooting a very large number of new images, upgrading and bedding in new camera equipment, and altogether taking things to another level.

A few new shoots first of all - these are the ones uploaded so far: Wayland Wood, Alderfen Broad, Bretts Wood, all for Norfolk Wildlife Trust. 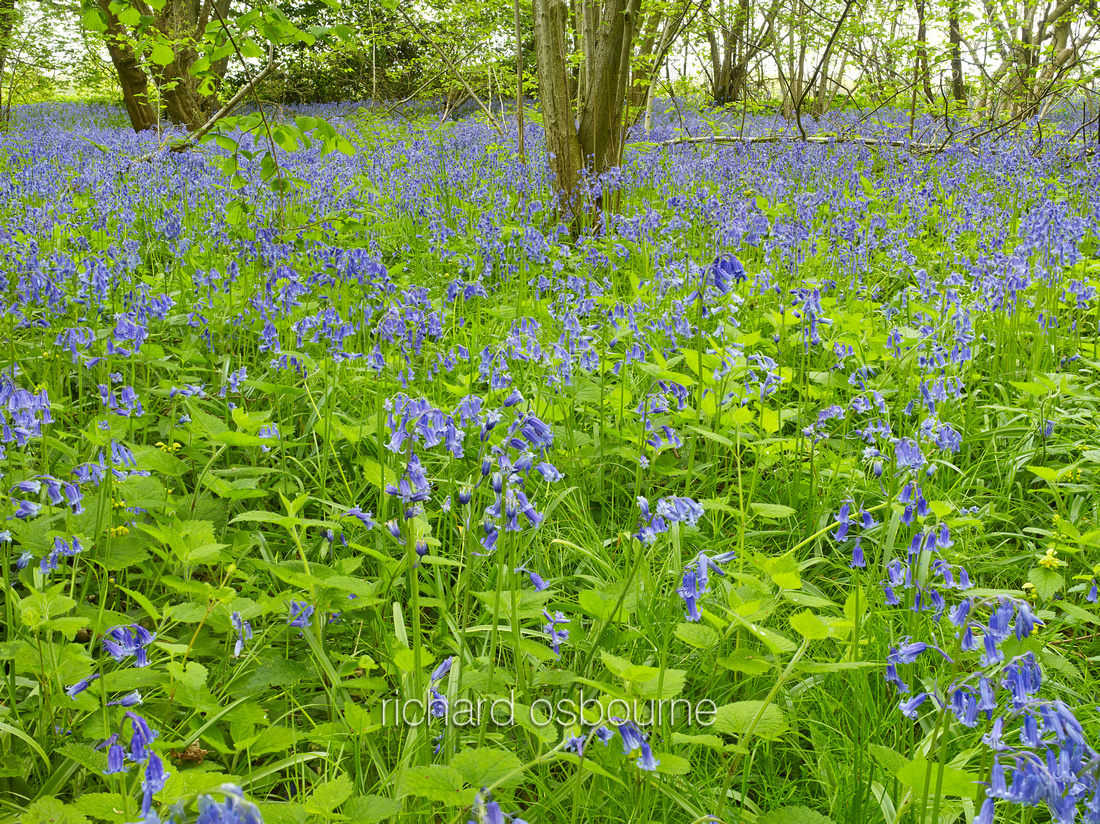 And what of the installations? Well, here's the one that has taken most of our time: 300 artworks installed in UHSM Wythenshawe Hospital, Manchester. As part of making wards more accessible and navigable for the increasing numbers of dementia patients, UHSM commissioned us to put artworks in all 28 wards of one of the North West's largest hospitals. Many new local city and nature images were required - something of a challenge in Winter, with just 1 month to plan and shoot! Many spontaneous visits to Manchester and environs were necessary, no small matter when it's a 250 mile drive each way.

Each ward has a selection of nature images, local nature images and local city images. A month was spent photographing and processing images from around Manchester. Then another month selecting images and artworking so they can be made into our PhotoPanel, PhotoWall, PhotoWindow and PhotoGlassWorks products. Finally, we spent another month - the whole of March - on site installing all 300 pieces - which included driving 700 miles per week and a lot of nights in hotels.

The responses to the work were overwhelmingly positive. The words 'calm' and 'bright' were used a lot - very much what I'm aiming for with all our installations. Patients, nurses, doctors, cleaners, porters, visitors - all appreciated the improvement in the quality of their environment. It's my sincere wish that the artworks make what is an intense and sometimes frightening place to be into somewhere a little softer and more friendly. 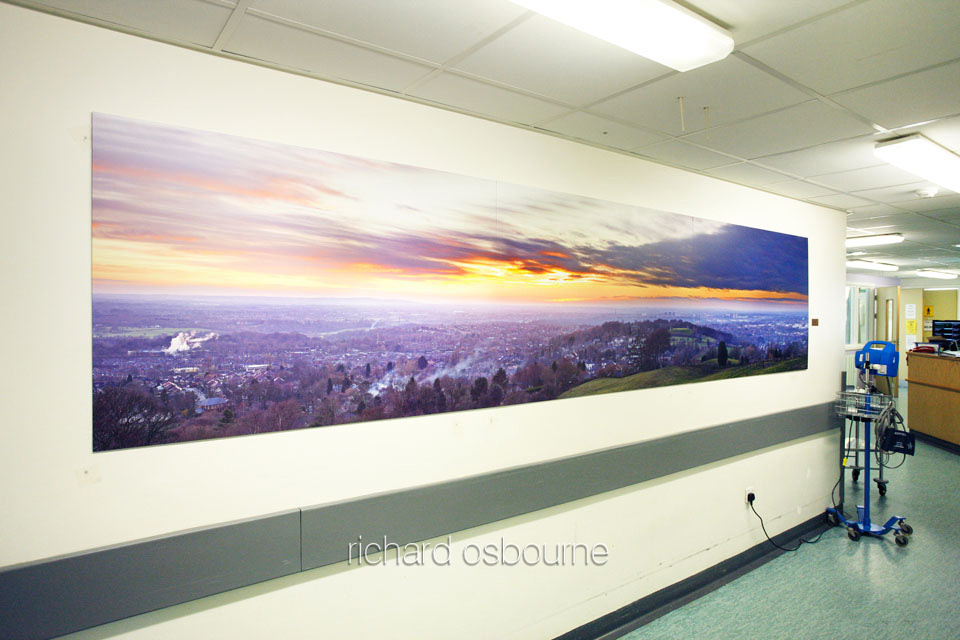 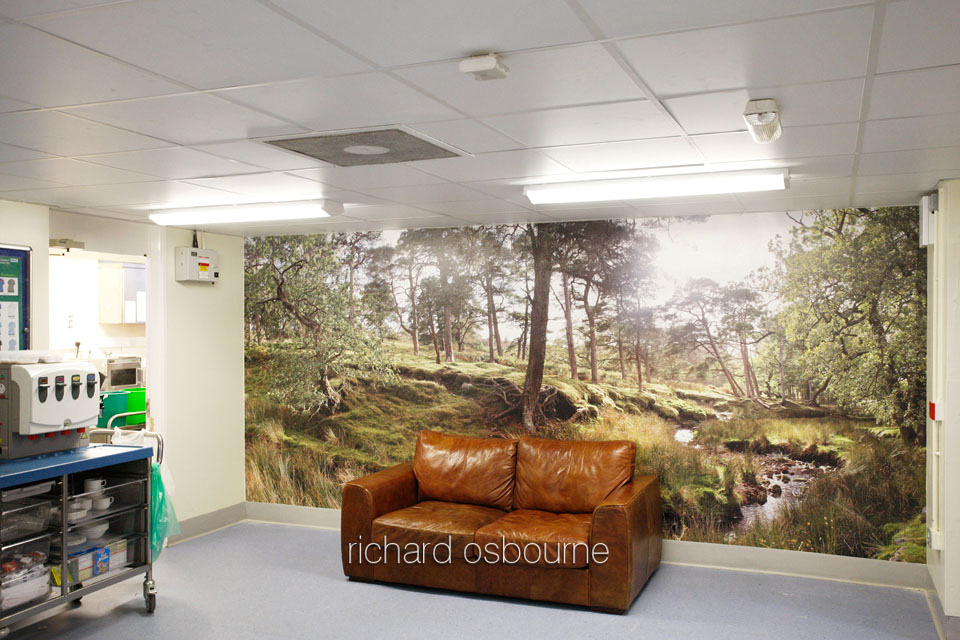 Of course, that wasn't the only installation we've worked on over the last 10 months. Salford Royal, also in Manchester, have kept us busy. One our widest panoramic glass artworks went into the refurbished Irving Corridor - a mammoth 9 to1, 8.1m x 0.9m PhotoGlassWork! 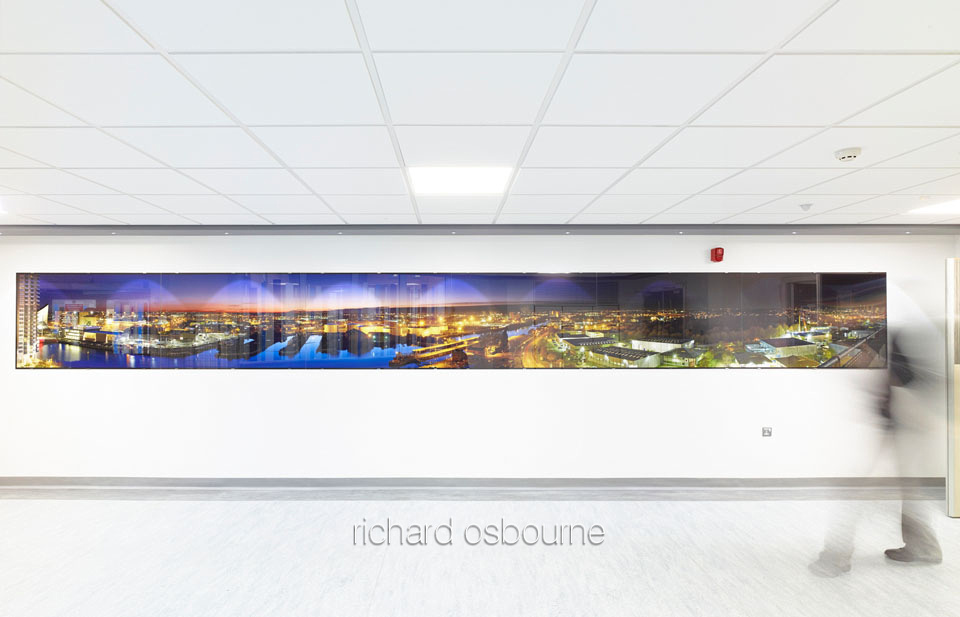 And Trinity Hospice in Blackpool got some interesting PhotoWall laminated wallpapers and PhotoGlassWorks as part of their refurbishment programme: 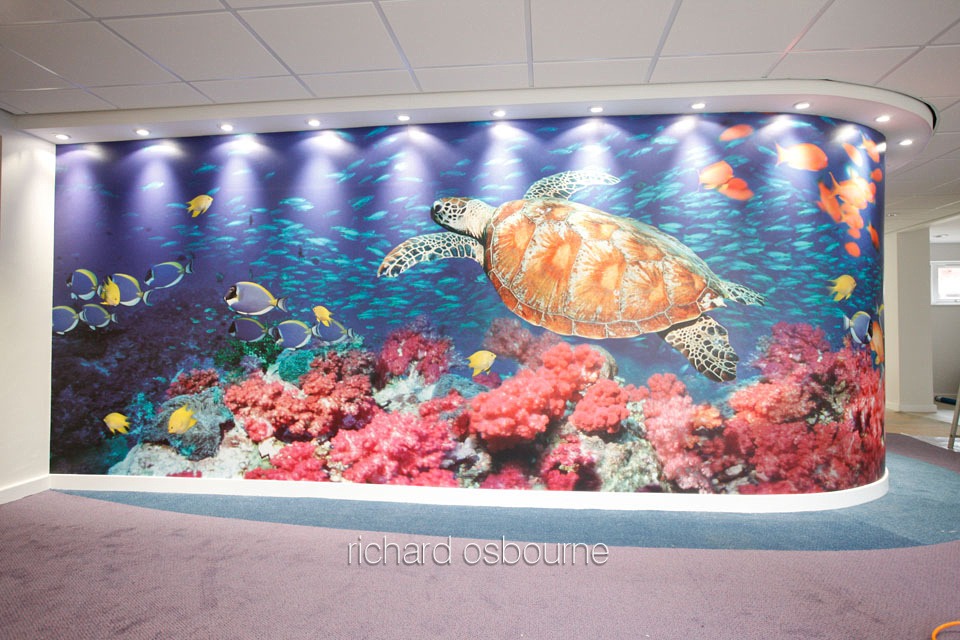 I should mention the amazing new camera(s) that arrived in January. Based on a Phase One IQ260 60Mpixel medium format digital back, I'm now using a beautiful Cambo WRS 1250 technical camera and a Mamiya 645DF+ and the results are startlingly good. It's a real pleasure to be using such high quality equipment, knowing that every shot is as good as it can be - apart from when the clown behind the camera gets it wrong of course!

It's always a bit of an ordeal getting new gear. There's the hardware side, getting to know how to use it in the field but then there's also the software side - tweaking Capture One to give the best results is a process of trial and error. Every digital back and camera is different and moving from the P45+ (which I still think is very special indeed) to the IQ260 was quite a jump as the IQ260 is more neutral out of camera. More MPixels also means all the existing lenses come under scrutiny - which takes time and can be a bit disheartening. So far though, the investment has been more than worth it, so, onward! 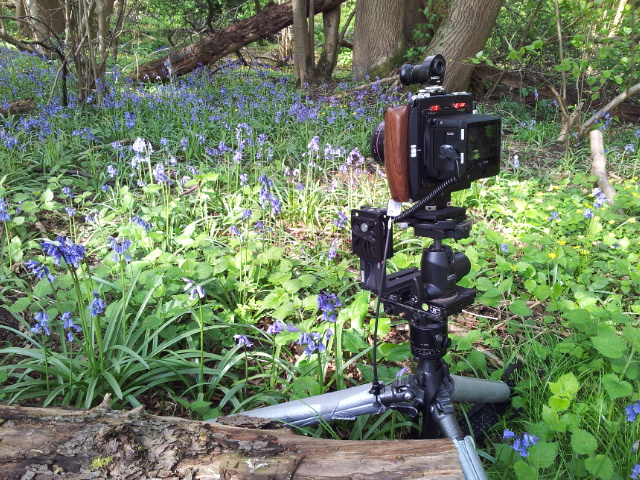 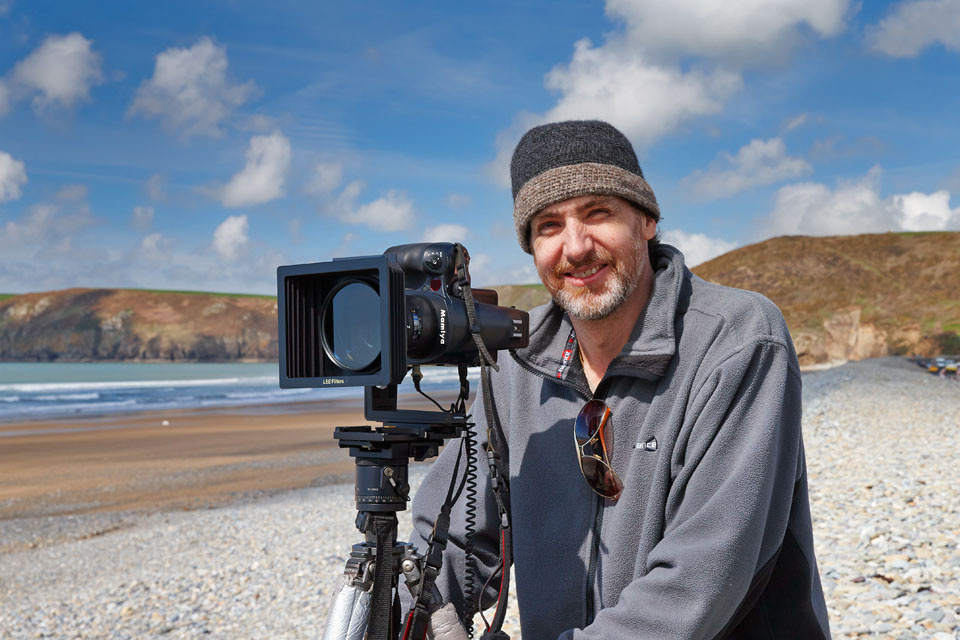 On Newgale Beach, Pembrokeshire with the Mamiya 645 and Phase One IQ260.

Finally, I should mention that there are a spectacular number of new images to be processed and uploaded soon - shoots in Lancashire, Manchester, Cheshire, Pembrokeshire, Norfolk, even fruit and veg shoots in the studio. Watch this space!